The raw data from a 3D scan (point cloud) is imported into CAD. The designer then draws 3D  geometry which overlays the point cloud joining critical points to give the precise measurements, shape and characteristics of every surface of the object.

The CAD model provides a blueprint for the manufacturing process. Manufacturing processes can vary between material and the eventual function of the part. CAD is manipulated in order to take full account of any potential impact on the object during production. An example of this is in casting where a mould can be created which will contract by varying amounts depending upon the exact process and material. Variances in the tolerance of certain materials can also be taken into account within CAD to ensure that the final product, using whatever  material or process is accurate. 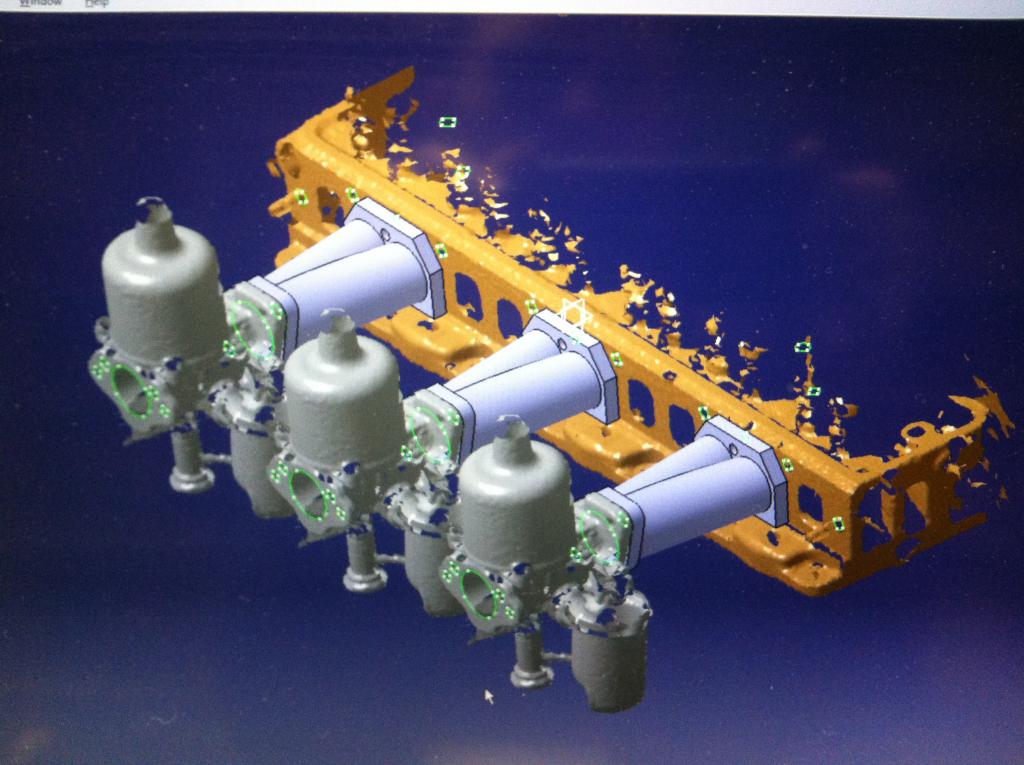 Within CAD it is also possible to place several parts together looking at how the contact points interact. In looking to improve efficiencies in a working system it is often safer and far more cost effective to first simulate any suggested changes in CAD.  The functional performance of a single part may be improved by tweaking design elements such as increasing/decreasing wall thickness of a part or adding ribs.

After a full restoration the Fiat 8V was missing the last few pieces of exterior trim (such as the 8V Logo and bonnet finisher). All we had to work on was a few period photographs. We could see how the items were supposed to look on the front however the critical element was ensuring that when made they would actually fit to the body.

The bonnet outer surface was digitised using 3D laser scanning. The shape of the finisher was schemed out and the first version was cnc milled from high density foam and fitted to the bonnet. The proportions were adjusted to suit the look of the car and the final design was adjusted to allow for casting contraction and a rapid prototype produced. The rapid prototype was then used to create a silicone mould, the silicone mould was used to produce a wax and then the final part was made using investment casting of aluminium The part was then sent for polishing and attached to the car. The result is stunning.